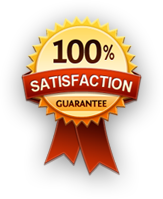 We’ve lived in Park Ridge for 18 years. Over the years we’ve used several heating in cooling companies. Recently we were fortunate enough to find this company. In early December we had three companies come out and he was one. His quote for a brand new higher end furnace was $1500 less than either of the other two companies. Then, we used him to check on our second furnace in our home when the heat went out. A large company that uses the alphabet as its name, came out and said it would be $720!!! to replace a gas valve. Then the this company came out, confirmed it was a gas valve and would charge $200 to replace it. But the amazing thing was they told us to check the warranty as they thought by the age of the furnace that it would still be under warranty and cost us nothing. We contacted the company who put in the HVAC system, they came out and the gas valve was replaced for free. The beginning of the alphabet company, did not mention this. We had a service contract with them, which they charged $17 a month for and we canceled that. Not only should they have not charged us almost 4 times the amount under a membership but they didn’t point out that the machine should be under warranty. The person who owns this company seems to be a small operation but we could not be happier with them.
Serviced Dec 2021 · Park Ridge
Google verified job · Install heating system